Sales of paint, wallpaper and tools soared during lockdown as the country tried its hand at DIY.

Primetime shows like The Repair Shop and Money for Nothing prove just how mainstream DIY has become for Brits.

But interest in upcycling, when old items are either reupholstered or used to create entirely new objects, long pre-dates the pandemic.

The term upcycling was first coined in the 1990s and since then it has picked up traction largely due to environmental reasons. 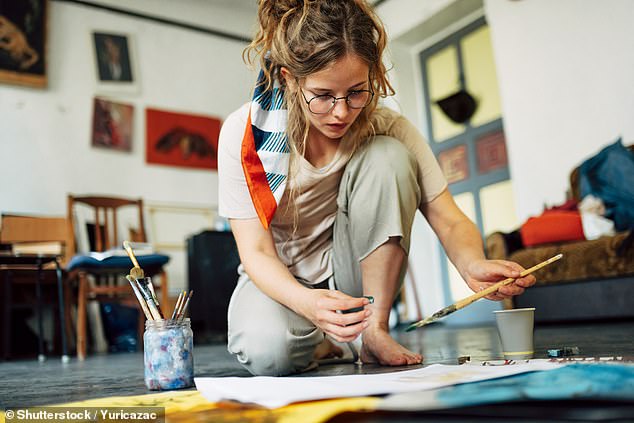 ‘Interest in upcycling is definitely on the increase. When I started out over 10 years ago, there wasn’t the awareness of our throw away society and how much we waste.

‘Now people talk about it all the time…’ says Rebecca Shepherd, owner of Rebecca Anne Jewelery.

The term upcycling is often used by start-ups, particularly in the fashion industry, which look to differentiate themselves and capitalize on a younger, more environmentally-conscious demographic.

For others it started out of sheer creativity and curiosity which in turn has turned into a money making venture.

We speak to two businesses about their introduction to upcycling, their different approaches and how a DIY enthusiast could turn upcycling into a money making venture in these tough economic conditions.

Making lamps out of junk

Steve Poensgen has always been interested in the environment and self-sufficiency.

He moved to the UK in the 1970s to join a community housing cooperative with its own organic farm.

For years after he ran his own shop selling custom drums and percussion which was so successful he was commissioned to make a snare drum for Ringo Starr’s 80th birthday.

But after his dad passed away he thought it was time for a change. After buying a barn by Lake Vyrnwy in Wales he dedicated his time to converting it for him and his fiancée. It was there that he stumbled into upcycling.

‘It started here in the barn… I was doing it at the very early stage where it was just an empty shell.

‘We were living in a caravan outside, doing the barn up, doing a new floor and starting with insulation. 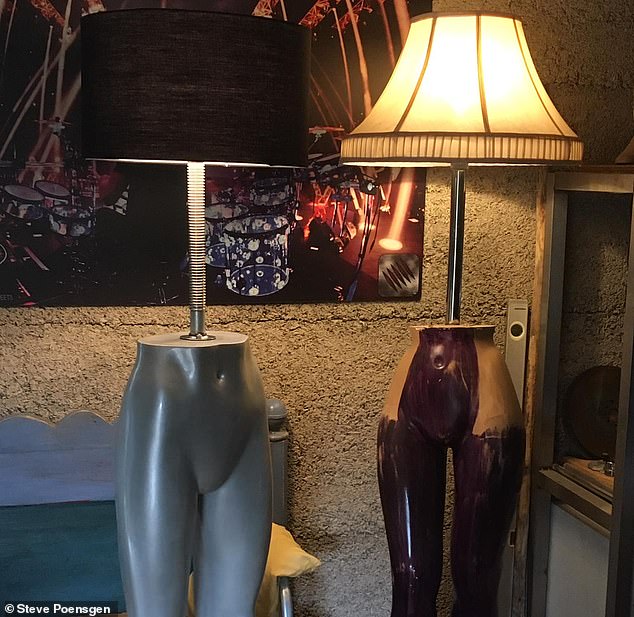 ‘Then suddenly I thought I could make a lamp out of it. We didn’t even have electricity at the time so it was a bit premature! ‘

He says his upcycling ‘tied in with his original roots when he first came to Wales all those years ago.

‘I feel like I’ve come full circle to get to a point where now I can combine my love for the environment, trying to have a low carbon footprint, with being creative.’

As ‘Dr Lampenstein’, Poensgen mainly creates lamps out of other people’s junk – everything from a violin to an old telephone.

‘I never repeat myself… every single item you have to work out how to do it and sometimes it can take days and weeks.’

The success of upcycling by individual brands has given rise to bigger companies looking to capitalize on the trend.

“Upcycling is 100 per cent starting to become more mainstream, but it’s important that it doesn’t become“ shabby chic ”and have the soul ripped out of it.

‘Everybody and their dog are buying a few bits of copper pipe, putting them together and trying to sell it. I think they even make them in China now and ship them over. ‘

‘As long as it is upcycling rather than making new things which look like upcycling like the whole shabby chic trend.’

‘An eBay dining table was the catalyst for my business’

Much like Poensgen, Steph Briggs found upcycling out of sheer necessity.

She moved into Service Family Accommodation shortly after marrying her husband who was in the British Army.

‘Anyone who has ever lived in quarters will know that these are a little better than student housing. 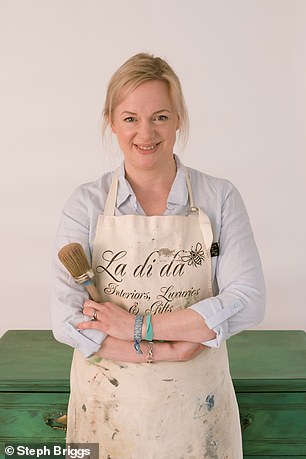 So in a bid to make the place a bit more homely, she picked up a pine dining table on Ebay.

‘So I went online, bought some paint and thought I’d see how I’d get on. We did that and I was addicted from then. ‘

What originally started as something for herself quickly became something more: she started doing projects for friends and now has a fully-fledged business.

Her company La Di Da Interiors sells everything from upcycled furniture to paint and it now hosts its own upcycling workshops to tap into growing demand.

‘I think post-pandemic people are appreciating having things that work for them.

‘It’s not like it’s a bookshelf from the high street that everyone has… maybe it’s a secondhand pine bookcase but actually you’ve had it refinished and bespoke to your own home.

‘I think people are starting to see it more as an art rather than necessarily just something secondhand.’

The pandemic and rising bills has made us all reconsider our outgoings.

One of the benefits of upcycling is that it is cheap. It was partly why Briggs first started painting furniture; having just got married she had little money to splash on expensive homeware.

Furthermore, for those looking to start a business out of it it is not capital intensive.

‘I upcycle wood and paint that is destined for landfill. I wanted to start my own business as a creative, I have always upcycled clothing and furniture so this seemed the obvious solution as well as not having capital to invest in setting up a business, this was also the cheapest option…., ‘Says Emma Jane Lovell, founder at Emma Jane Collection.

But how do you go about finding things to upcycle and make it as cheap as possible?

Steve and Steph both started collecting things they had stumbled across, whether it was the internet or in real life.

Once you have established upcycling both Briggs and Poensgen say people will start to approach you with their junk.

‘Most local tips now seem to sift through things… they either have a literal shop at the exit or a pile of things they think is too good to be put into landfill.

‘You can buy it for a few quid and making something out of it or just use it as is,’ says Steve.

Briggs, who primarily focuses on large pieces of furniture, has built friendships with local antiques dealers.

‘If they come across something they think I’ll like they’ll let me know… I get quite a few Edwardian pieces in beautiful shape but maybe it’s got a big scratch across the top of it or there’s water damage.

‘So it’s making good out of the antique trade’s cast offs… The furniture dealers know me and my style. It’s all about networking. ‘

I’m a big fan of upcycling and the thrill of turning free trash into easy cash, writes This is Money deputy editor and Never Go Broke author, Lee Boyce.

In recent weeks, there has been a change at the local tip and it means you now have to book a slot.

For that reason (and along with the good weather), I have seen far more items – mainly furniture – being left on the curb with a ‘free’ sign stuck on.

Recently, I sold an Ikea kid’s wardrobe on Facebook Marketplace for £ 30 I no longer needed and an Ikea chest of drawers for £ 30 – they’d had years of use and didn’t cost that much more brand new.

But many people don’t go down that route for whatever reason, either destroying it and taking it to the tip, or leaving at their end of their driveway. That’s a money making opportunity with a little bit of creative knowhow.

In my book, co-author Jesse McClure and I encourage people to build up a cash pot in this way to then find further items to flip into profit – perfect for these cost of living crisis conditions.

It even has a section about upcycling furniture, among other freebies you can find on a daily basis.

According to Meta, furniture listings on Facebook in the US are up 40 per cent so far this year while the number of Instagram users following #furnitureflip on Instagram is up 29 per cent. It’s likely to be a similar story in Britain.