Lisa Wilkinson is expected to remain off air until later next week and miss one of her biggest interviews of the year as the fallout continues from her Logies speech.

The Channel 10 star will not be returning to her co-hosting duties on The Project on Monday when Hollywood A-lister Chris Hemsworth will make an appearance.

Her absence will mark the fourth time in five days she has not appeared on air following blowback from her Logies’ acceptance speech on Sunday night. 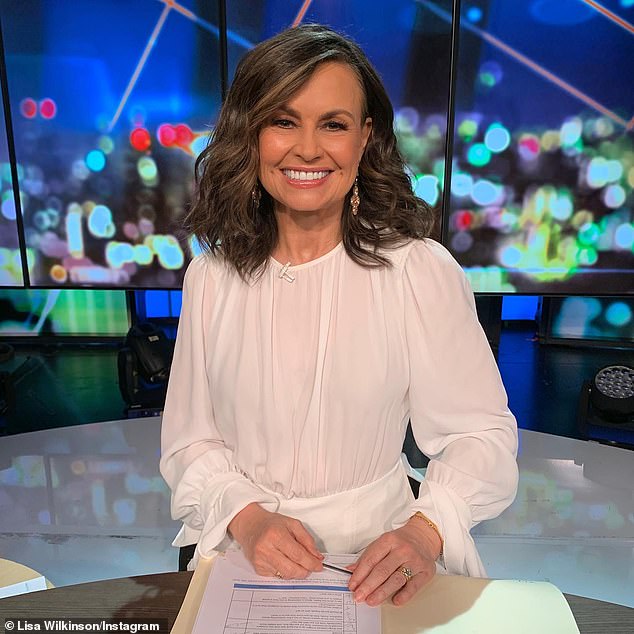 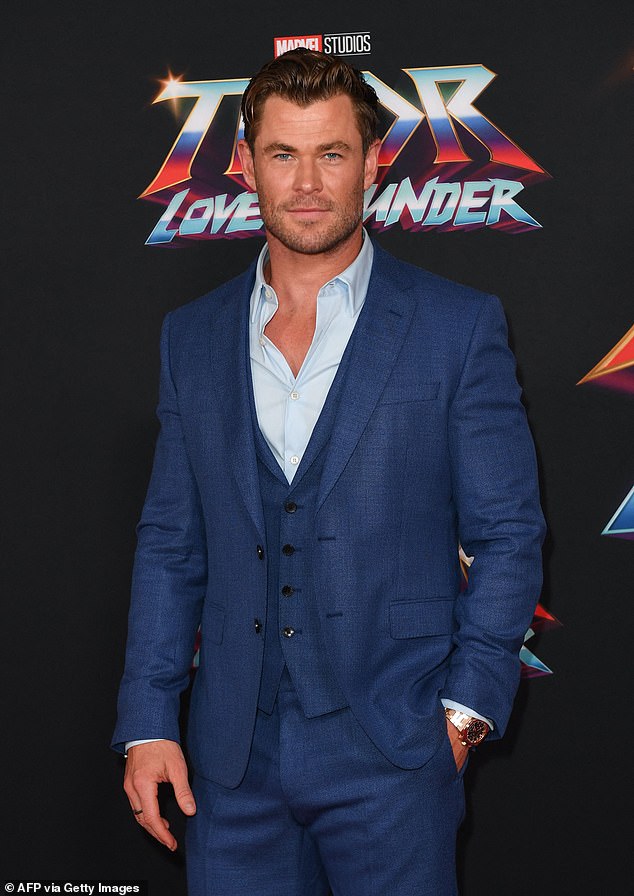 The acceptance speech has forced the rape trial which was due to start next week to be rescheduled until October and could result in Wilkinson being charged with contempt of court.

‘Lisa will most likely return later next week,’ a spokesperson said.

Wilkinson was noticeably absent from her hosting gig on The Project on Thursday night, despite being scheduled to appear.

She was instead replaced by co-host Georgie Tunny who appeared alongside fellow Logies winner Tony Armstrong, but there was no mention of the awards at all during the show.

She was supposed to co-host on Friday and Sunday nights too but those appearances have also been canceled.

A spokesman for Ten Network said they ‘fully support Lisa in her ongoing and full commitment to doing the right thing as a witness in the trial’.

The network also hit back at the ‘unfair’ criticism of Wilkinson, and said it would not rule out taking legal action, The Australian reported. 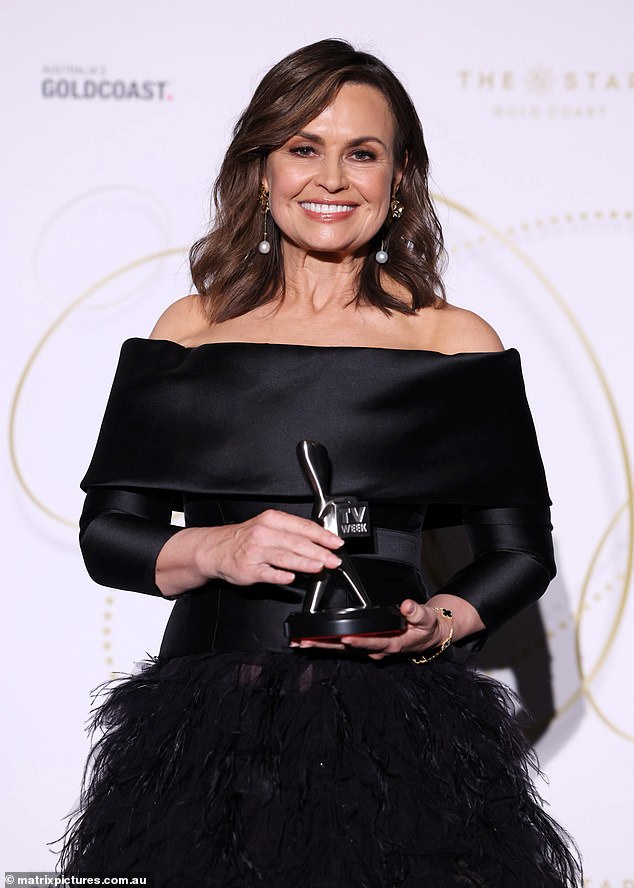 Wilkinson mentioned alleged rape victim Brittany Higgins after winning the Outstanding News Coverage Logie award for her one-of-one interview with the former ministerial staffer in 2021 (pictured, Wilkinson at the Logies)

‘This reporting is now causing significant harm and we ask these organizations to stop this harassment to allow Lisa the best opportunity to give her evidence in court and to enable the trial to go ahead in a fair and timely manner,’ a spokesperson for the network said.

‘We are closely monitoring all coverage of this issue and Lisa and Network 10 reserve their rights in respect of any future defamation claims.’

Wilkinson’s speech contributed to delaying Higgins’s trial against former political staffer Bruce Lehrmann by prejudicing potential jurors. Lehrmann is accused of raping Ms Higgins in Parliament House in 2019 and has pleaded not guilty.

He denies these claims and stated in a police interview that he did not have sex with Ms Higgins.

On Thursday the ACT Supreme Court set a new date of October 4 for the trial.

Chief Justice Lucy McCallum decided on Tuesday to delay the trial ‘regrettably and with gritted teeth’ because ‘somewhere in this debate, the distinction between an untested allegation and the fact of guilt has been lost’. 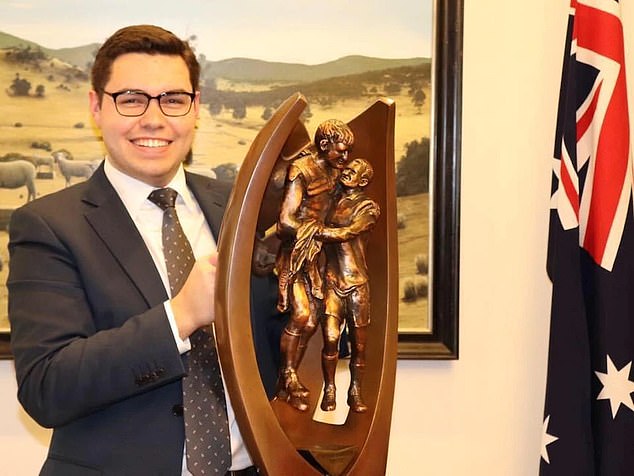 She noted public interest in the case needed to die down before Lehrmann would have access to a fair jury.

On Thursday morning Lehrmann’s defense barrister Steve Whybrow applied for the trial to be delayed further, until the beginning of next year.

‘My application would be, to the extent that the bush fire is still burning in effect, that the trial commence early next year because we would like there to be no further issues and delays,’ he told the court.

‘We can foresee the possibility that there may be collateral matters that need to be investigated relating to the circumstances that have led to the trial being vacated.’

Justice McCallum denied his application and said: ‘The publicity this week has focused sharply on the very fact that was being overlooked, that a man is facing trial and he is entitled to the presumption of innocence.’ 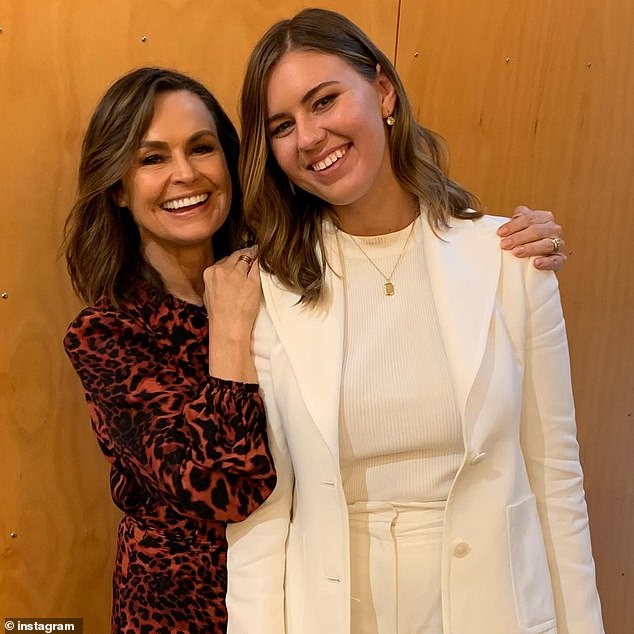 Higgins’ Crown Prosecutor Shane Drumgold agreed with Justice McCallum’s decision, noting the 102-day delay was more generous than that given in similar cases.

Mr Drumgold also announced on Thursday he was seeking written undertakings by the end of the day from Network 10, Wilkinson and the owners of Sydney radio station WSFM that they would no longer comment on the trial.

The written agreement would also see the three parties agree that any future comments could be in the contempt of court.

Mr Drumgold said if the undertaking were not made by Network 10, Wilkinson and WSFM then he would seek an injunction to stop future public comment.

The Office of the Director of Public Prosecutions is unable to confirm whether the undertakings were made. 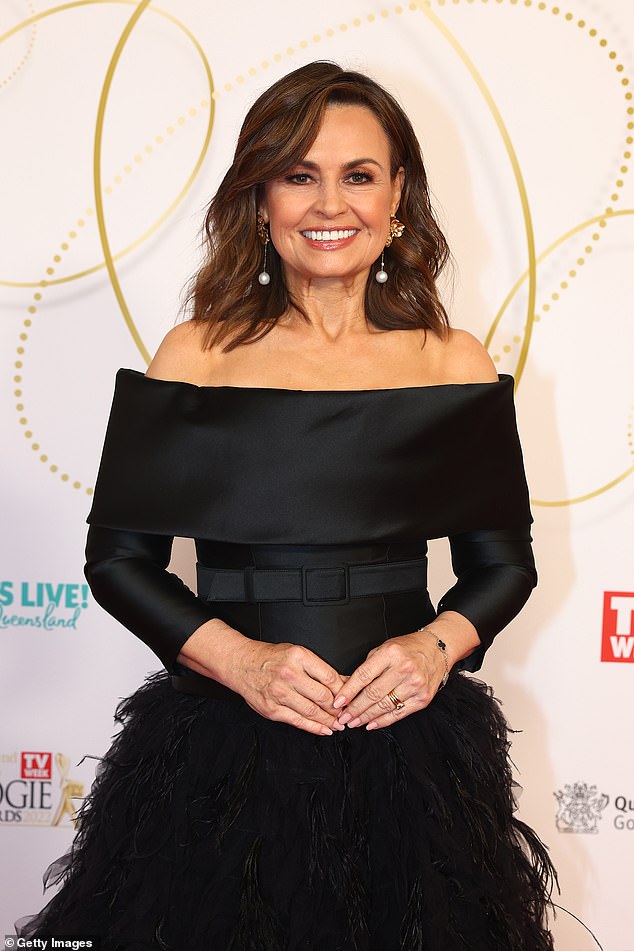 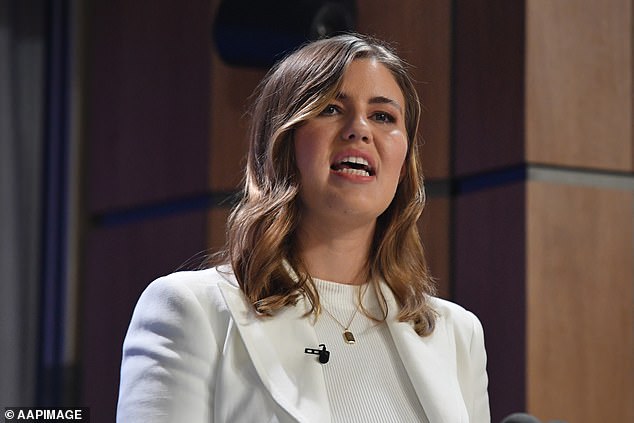 Justice McCallum said publishers should remember Lehrmann is yet to be proven guilty in a court of law.

‘Even a discussion of workplace culture has to dance a delicate dance,’ she said.

‘If the issue is the treatment of an allegation, it’s very difficult to have that debate without commenting on appropriate treatment on the assumed premise that the allegation is true.’

‘It’s certainly possible that the authorities will be looking at the speech she made to the Logies and assessing (whether) that the speech went against the standard which applies in this branch of the law,’ Dr Collins said.

‘That standard is, did anything that she did have a tendency to interfere with the administration of justice?’

It is unclear if Wilkinson will be charged with contempt of court but it is understood that she should have been made aware of any consequences by the close of business on Thursday. 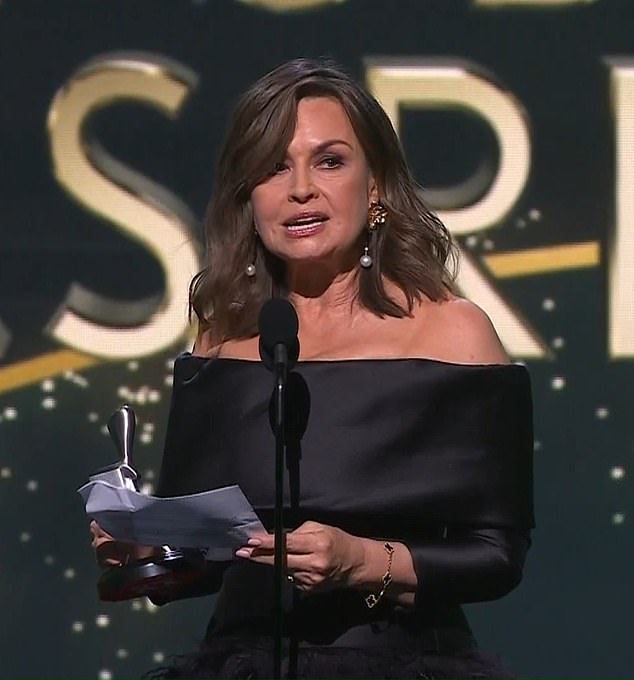