A prominent Australian DJ claims five doctors have told him ‘privately’ his serious health problems were caused by an adverse reaction to two doses of Moderna – but could not say so publicly or they would be deregistered.

However, Australia’s medical regulator has denied it discourages doctors from recording their medical opinions on the effects of Covid vaccines – after being approached by Daily Mail Australia about Tyson Illingworth’s claims.

The DJ, who goes by the name tyDi, went through a lengthy rehab after waking up partially paralyzed just weeks after he was administered his first Moderna shot on October 1 last year.

Mr Illingworth claimed five doctors suggested a correlation between his Moderna vaccinations and his paralysis but they refused to go on the record out of fear of backlash or deregistration from the Australian Health Practitioner Regulation Agency (Ahpra).

‘I went from doctor to doctor to have them tell me in private I would like to tell you what is happening to you, but I would be deregistered,’ Tyson told Daily Mail Australia. 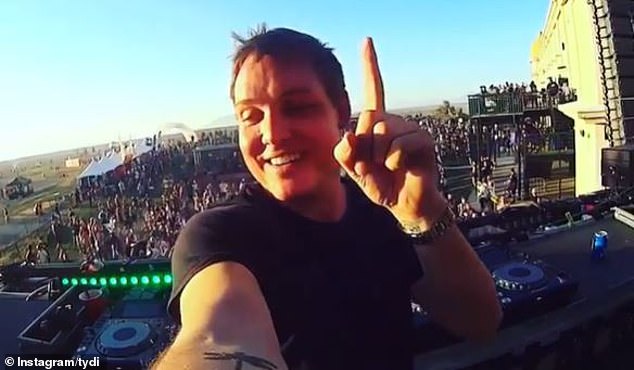 Electronic music DJ Tyson Illingworth, who is perhaps better known as tyDi, said he needs to take painkillers daily because of neurological conditions 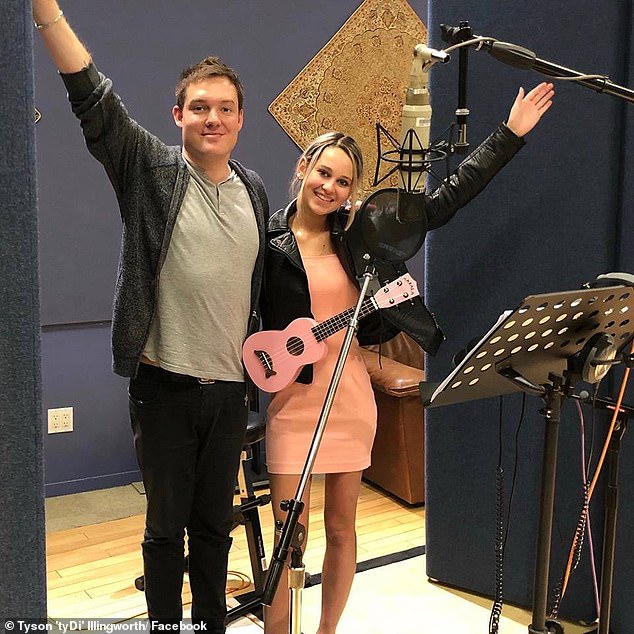 About 1.8 million doses of Moderna vaccine have been administered in Australia up to January 2, 2022.

The most frequently reported side-effects from the jab include injection-site reactions (such as a sore arm) and more general symptoms, like a headache, muscle pain, fever and chills.

Myocarditis and pericarditis, swelling of the heart, is a ‘known but incredibly rare side-effect’ from mRNA vaccines – Pfizer and Moderna – according to the TGA.

The side effects are usually temporary, with most people getting better within a few days.

Neuropathy is not one of the recognized side effects of Moderna, where the most serious long-term complications have been associated with heart inflammation.

But Mr Illingworth claims that within weeks of receiving his first Moderna jab, he began to experience debilitating neurological pain, had red marks break out on his side and saw a deterioration in his motor skills.

One morning he woke up to discover he couldn’t use his legs or hands – which was ‘terrifying for someone who uses their hands for a job’.

‘I couldn’t even write my name down,’ he said. 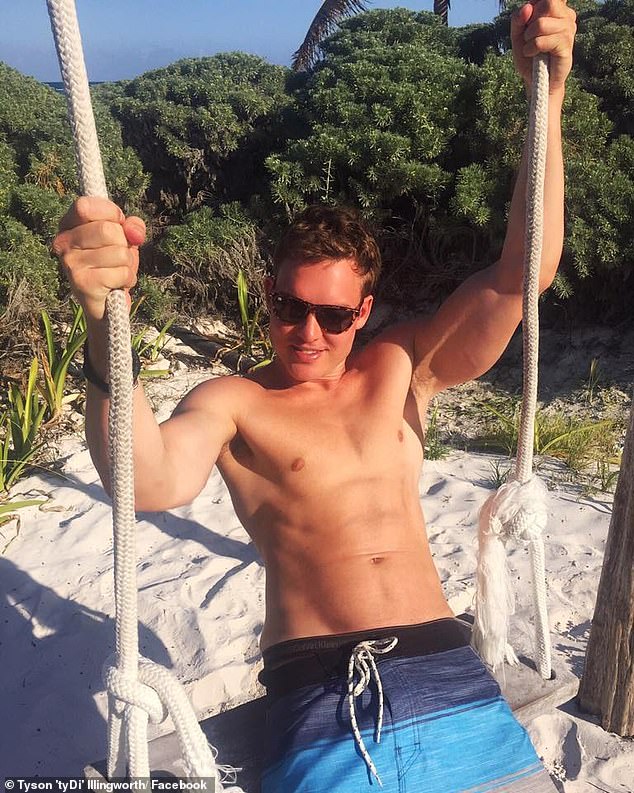 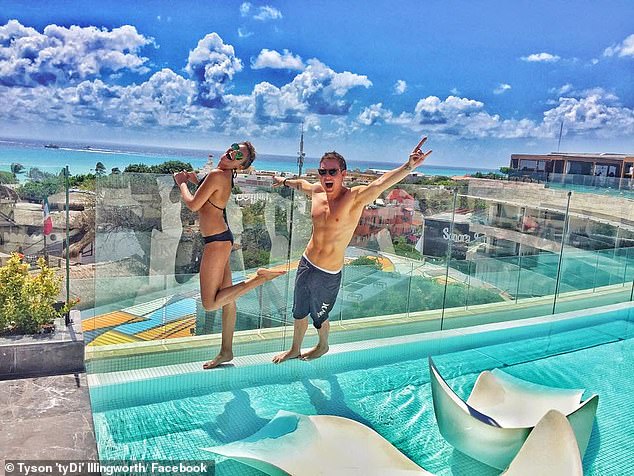 He admitted to doing nitrous oxide, more commonly known as ‘nangs’ or laughing gas, when he was younger

A study in the UK observed 26 patients who experienced neuropathic symptoms within three weeks of vaccination but due to methodology limitations, it could not conclude the vaccine was the cause.

However, Mr Illingworth also admitted he used nitrous oxide, also known as ‘nangs’ or laughing gas, when he was younger.

Heavy use of nitrous oxide, otherwise known as laughing gas, can cause neurological damage and peripheral neuropathy, which is damage to the nerves affecting movement and sensation.

‘That was a long, long time ago and no more extensive than you would get at the dentist if you got your wisdom teeth out,’ he said.

Since first telling his story, Mr Illingworth said ‘countless’ people had been in touch to offer similar stories of suffering severe neurological pain.

“They have been thanking me for speaking up,” he said.

‘The stories I am being sent are just heartbreaking. People have come forward to me saying that every doctor they have tried to talk to has been muzzled and not been able to talk about it because of fear of losing their license.

‘I am so surprised to find out I wasn’t the only one because I felt like I was going crazy.’ 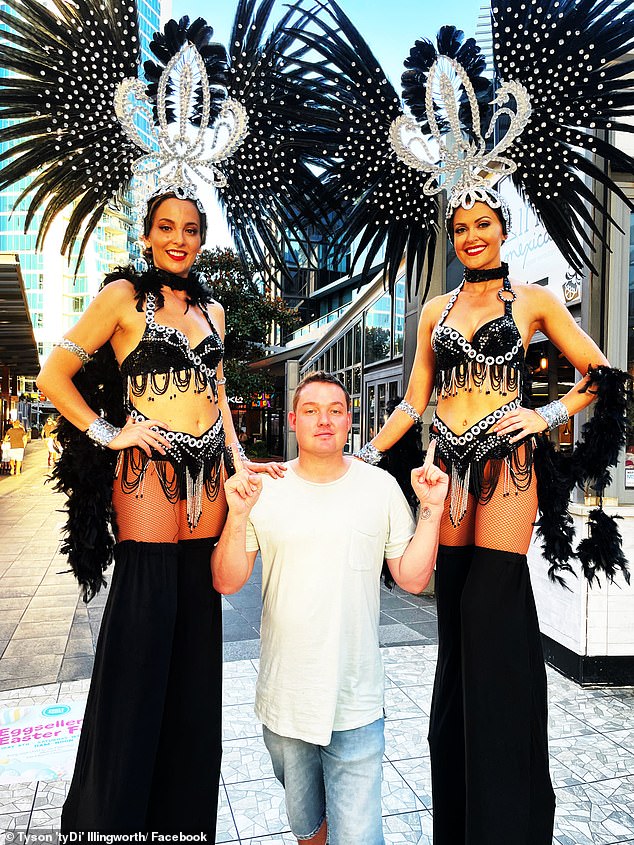 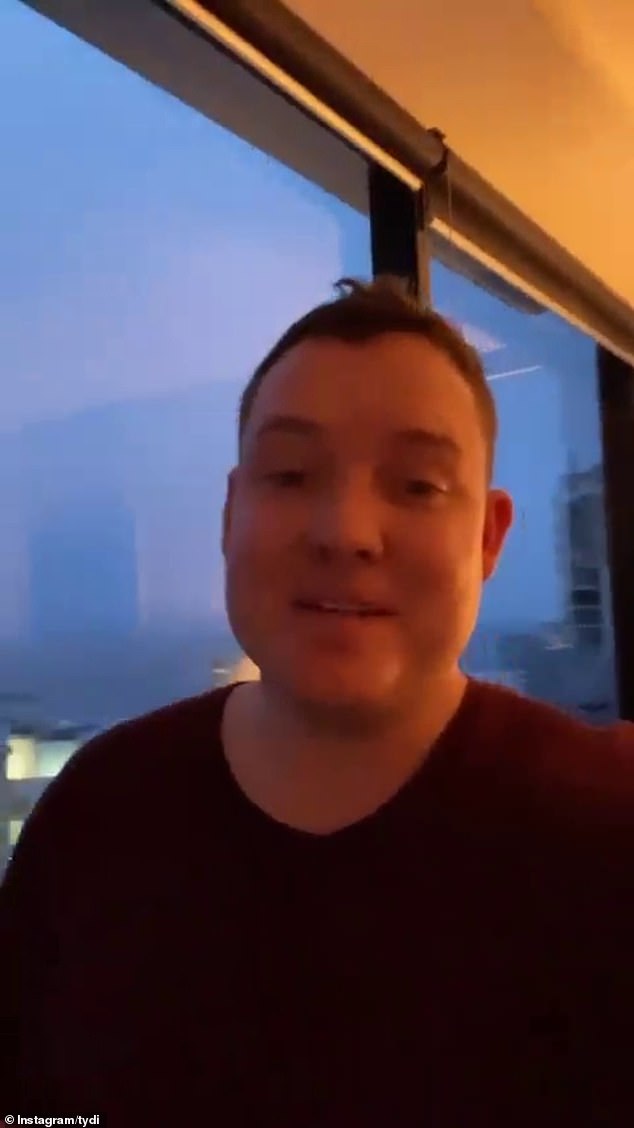 After having a Modern jab at the start of the year, Tyson began experiencing blinding headaches, red marks breaking out on his side and decreased motor skills

In March 2021, doctors were advised by the Australian Health Practitioner Regulation Agency (AHPRA) and national medical boards not to ‘undermine’ the national vaccine rollout.

‘Any promotion of anti-vaccination statements or health advice which contradicts the best available scientific evidence or seeks to actively undermine the national immunization campaign (including via social media) is not supported by national boards and may be in breach of the codes of conduct and subject to investigation and possible regulatory action,’ the joint statement said. 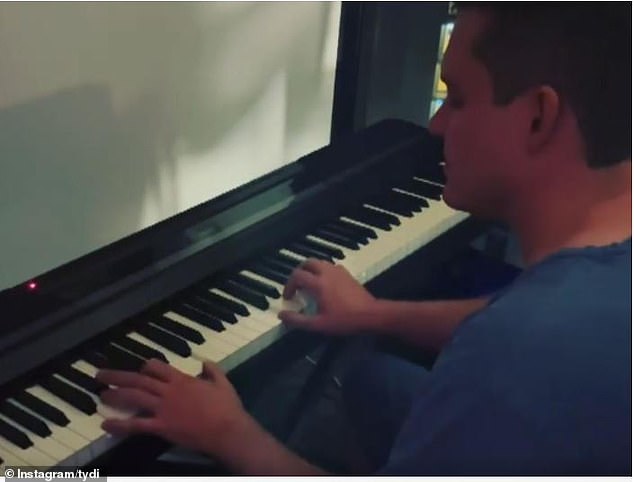 Tyson says he woke up not being able to ‘move my legs, couldn’t move my hands, which is terrifying for someone who uses their hands for a job’

However, AHPRA denied this should inhibit the way doctors perform their duties.

‘Doctors do not need to be afraid to take notes about the vaccine,’ a spokesperson for AHPRA said.

It is good medical practice and a professional obligation for doctors to make accurate medical records.

‘We encourage practitioners to discuss the various vaccines with their patients and use their professional judgment and the best available evidence to help the patient make the safest choices.’

AHPRA said it only intervenes ‘where the public is at serious risk’.

‘The Boards’ expectations of registered health practitioners in relation to vaccination and public health matters is not new and predates the COVID-19 pandemic,’ the AHPRA spokesperson said. 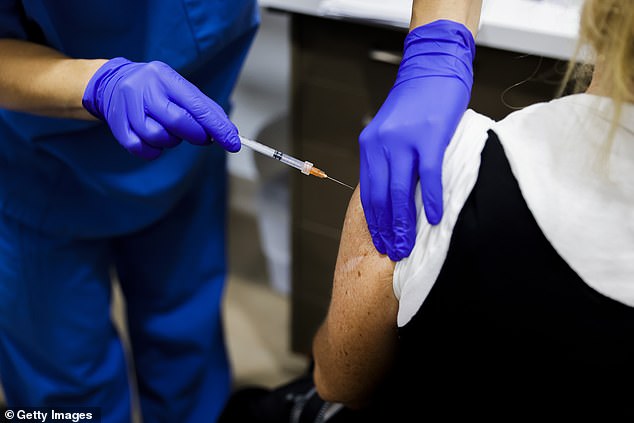 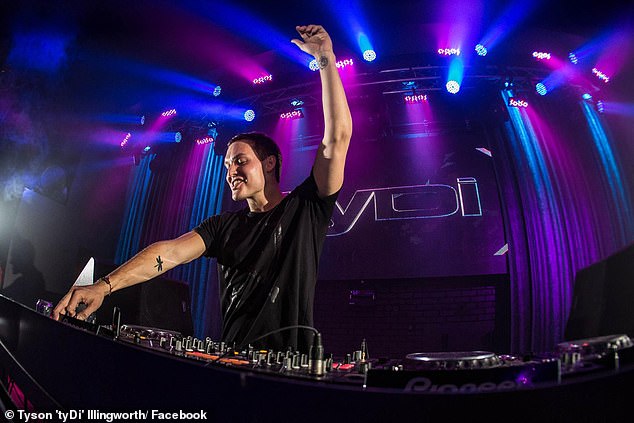 Mr Illingworth was told he was fine to take a second Moderna shot but after doing so he said the previous symptoms returned with more severity.

‘I’m stuck with a complete numbness in my hands and feet and sleep is the only thing I look forward to,’ he posted to Instagram.

He was admitted to hospital twice more and had numerous visits with doctors and specialists.

Mr Illingworth claimed it was during his hospital visits that doctors told him, privately, that he was likely suffering adverse reactions to the Modern shots. 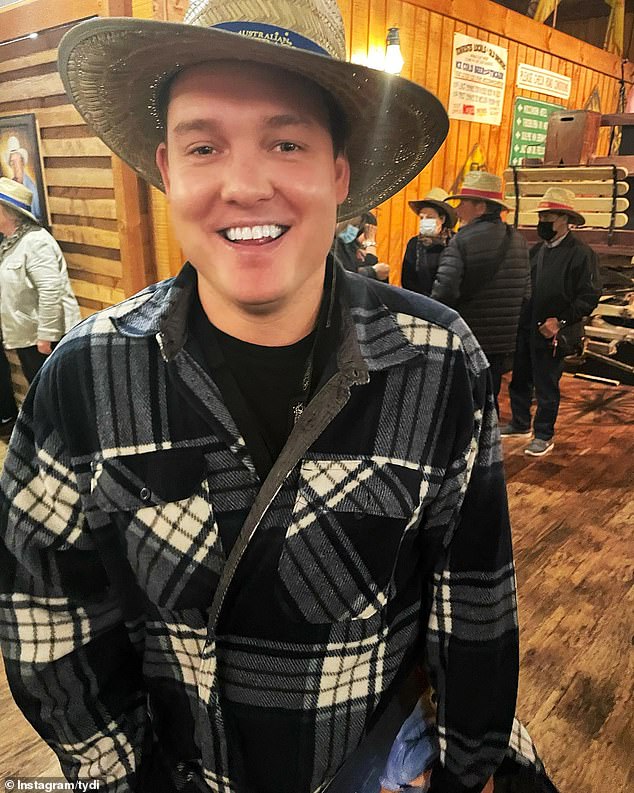 Although he has since regained his motor skills, Mr Illingworth said he suffers constant neurological pain and needs to wait for painkillers to take effect each day before he can start work.

‘It’s a very different to breaking your arm or burning your finger – it doesn’t feel like that it feels like an electric shot, like a buzzing sensation,’ he said.

Mr Illingworth stressed he was not ‘anti-vaccine’ and would still encourage people to get vaccinated.

‘As a person of science I am still open to the possibility of neuropathy based on a totally different cause but I can’t have an open and honest conversation with doctors when they are telling me they are going to be deregistered,’ he said.

Although he was forced to cancel tour dates, Mr Illingworth, who as a 17-year-old was already signed up to a record label, has resumed his illustrious career.

He has released eight albums and won numerous awards during his career.

He has also worked with the likes of Disney on Ice as well as scoring commercials for brands such as Swarovski and Elle, Stella Artois and Harper’s Bazaar.

He was awarded the Young Outstanding Alumnus of the Year by Griffith University where he studied at the highly acclaimed Queensland Conservatorium.