AO World shares crashed for the second straight session as fears grew over its future.

The white goods business – which sells everything from fridges and washing machines to TVs and computers – has come under pressure after insurer Atradius pulled its credit cover as the cost of living crisis hits sales.

Without credit insurance, AO’s suppliers are demanding payment upfront, rather than spreading the cost over a normal 90-to-120 day period, increasing the company’s cash flow worries even further. 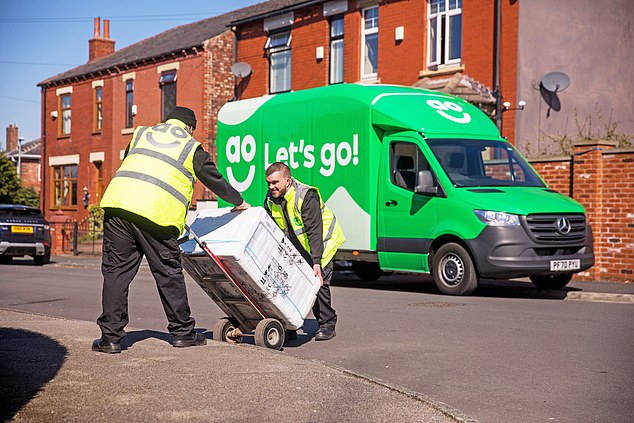 Uh oh: AO World – which sells everything from fridges and washing machines to TVs and computers – has come under pressure after insurer Atradius pulled its credit cover

The firm confirmed on Monday it had become aware that a third-party credit insurer of some of its suppliers had ‘rebased their cover in May 2022 with respect to AO, reflecting post-Covid sales levels’.

It tried to reassure investors, stating that it has access to an £80 million loan facility, but brokers believe the company will have to tap shareholders for money in order to survive.

The update did little to reassure and shares fell another 15.5 per cent, or 8.65p to 47p yesterday, meaning the stock is down 33 per cent this week.

At the moment, it is not clear how much cash the company is burning through on a daily basis.

But analysts at Peel Hunt say there is evidence the deterioration in supplier payment terms is now eating into ‘working capital’. In March, AO said it had total liquidity of £50million, down from £66million in September.

Analysts said the removal of credit insurance will have sent shockwaves through AO’s investor base, a move that in the past has spelled the beginning of the end for retailers like Woolworths, HMV, Comet and Toys ‘R’ Us.

The failures of the retailer Debenhams and Sir Philip Green’s Arcadia were also preceded by cuts to the cover that safeguarded their suppliers. 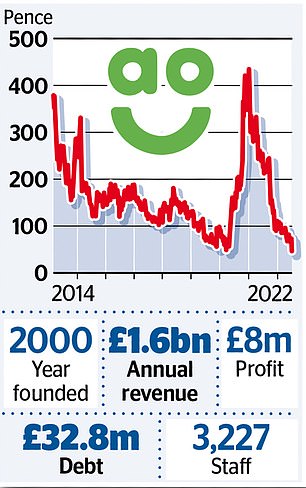 Julie Palmer, a partner at corporate restructuring firm Begbies Traynor, warned that once credit insurance is removed, a company’s demise can be rapid.

“This situation can escalate quickly,” she said. ‘They need to nip this in the bud or they will end up with a squeeze on cash flow. It becomes a death spiral.’

The move tops off a rotten period for AO, which issued its third profit warning in six months in April having been pounded by the cost of living crisis.

At the time the firm also revealed that it was delaying the publication of its annual results for the year until the end of March.

The company had a strong pandemic as people sat at home, using their accumulated savings to splash out on white goods and household appliances.

But this upturn proved short-lived and since then people have tightened their belts with big-ticket spending coming to an end as consumers are squeezed hard by rising bills for energy, fuel and food.

Neil Wilson, analyst at Markets.com, said: ‘Retail of any kind is in trouble since discretionary spending is going to get whacked by inflation and terrible consumer confidence.

‘Household appliance spending is at its worst level in eight years, people are cutting back on everything but essentials so pets, soft furnishings, white goods are all going to come under pressure.’ 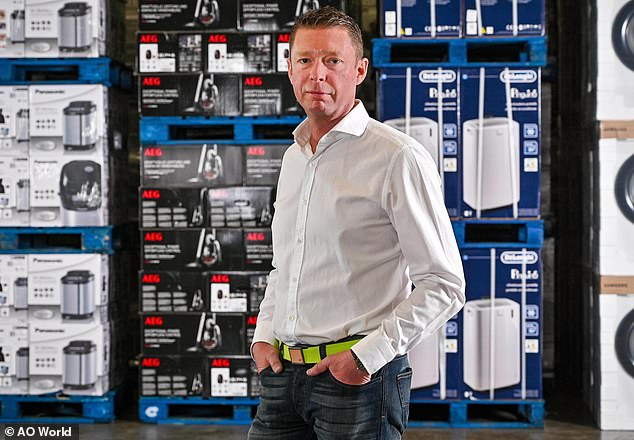 Under pressure.’ AO chief exec John Roberts (pictured) founded the company in 2000 after a friend bet him £1 in a pub that he would not start his own business

The crisis will be the sternest test yet for charismatic chief executive John Roberts who founded AO in 2000 after a friend bet him £1 in a pub that he would not start his own business.

Famed for its excellent customer service, the business grew rapidly and listed in London in 2014 with a whopping £1.2 billion valuation. Roberts still holds a 22 percent stake.

But the former kitchen salesman, who left school at 17, has never been far from controversy, saying a year after floating that he ‘couldn’t give as**t’ if fund managers bought the shares. The company’s market cap is now just £267million.

The firm has been dogged by a number of problems since listing, including a failed expansion into Germany.

The company pinned growth hopes on the country and invested heavily in a fleet of lorries, only to discover they were too big to pass underneath bridges in Germany.

Last month the company said it would close the German business at a cost of £15 million.